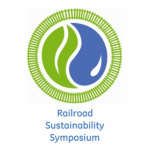 On the first day of the symposium, UIC presented its strategy on energy efficiency and climate protection in the panel discussion “GHG and Carbon Markets”, moderated by John Lovenburg, Environmental Vice President at BNSF Railway. Additionally, Gabriel Castañares Hernández, UIC Senior Advisor in Energy and CO2, presented the UIC experience on energy data collection and sustainability reporting, highlighting the relevancy of companies’ contribution inside the Environmental Strategy Reporting System (ESRS), and the UIC strategy and targets for the medium and long term.

A relevant part of the presentation focused on the integration of Guarantees of Origin and Green Certificates in the electricity procurement and the dual reporting based in the conclusions of the UIC Zero Carbon Project. One of the main goals of the panel was to show the impacts of Carbon Markets (as the EU ETS for electricity) have within railway strategies on sustainability topics, highlighting the possibility for railways to implement renewable energies in the procurement of electricity by implementing green certificates.

The presentation introduced the Train to Paris campaign and the relevancy of the Railway Climate Responsibility Pledge, approved on 6 July at the UIC General Assembly. The goal was to show the international stakeholders the railway community’s engagement for reducing GHG emissions, facing the next COP21 to be held at the end of the year in Paris. The latest video of the campaign was presented in the dedicated app of the symposium for mobiles phones.

On the second day of the session, a panel of experts from GE Transportation, Norfolk Southern and Union Pacific, moderated by Bob Toy of Union Pacific discussed the latest Tier 4 EPA standards and its impact on the American railroads, including the development of new technological solutions based in alternative fuels

This was the symposium’s fifth anniversary. It was established in 2011 when Norfolk Southern Corporation and GE Transportation recognised an opportunity to increase the dialogue about energy conservation and sustainable practices within the industry.